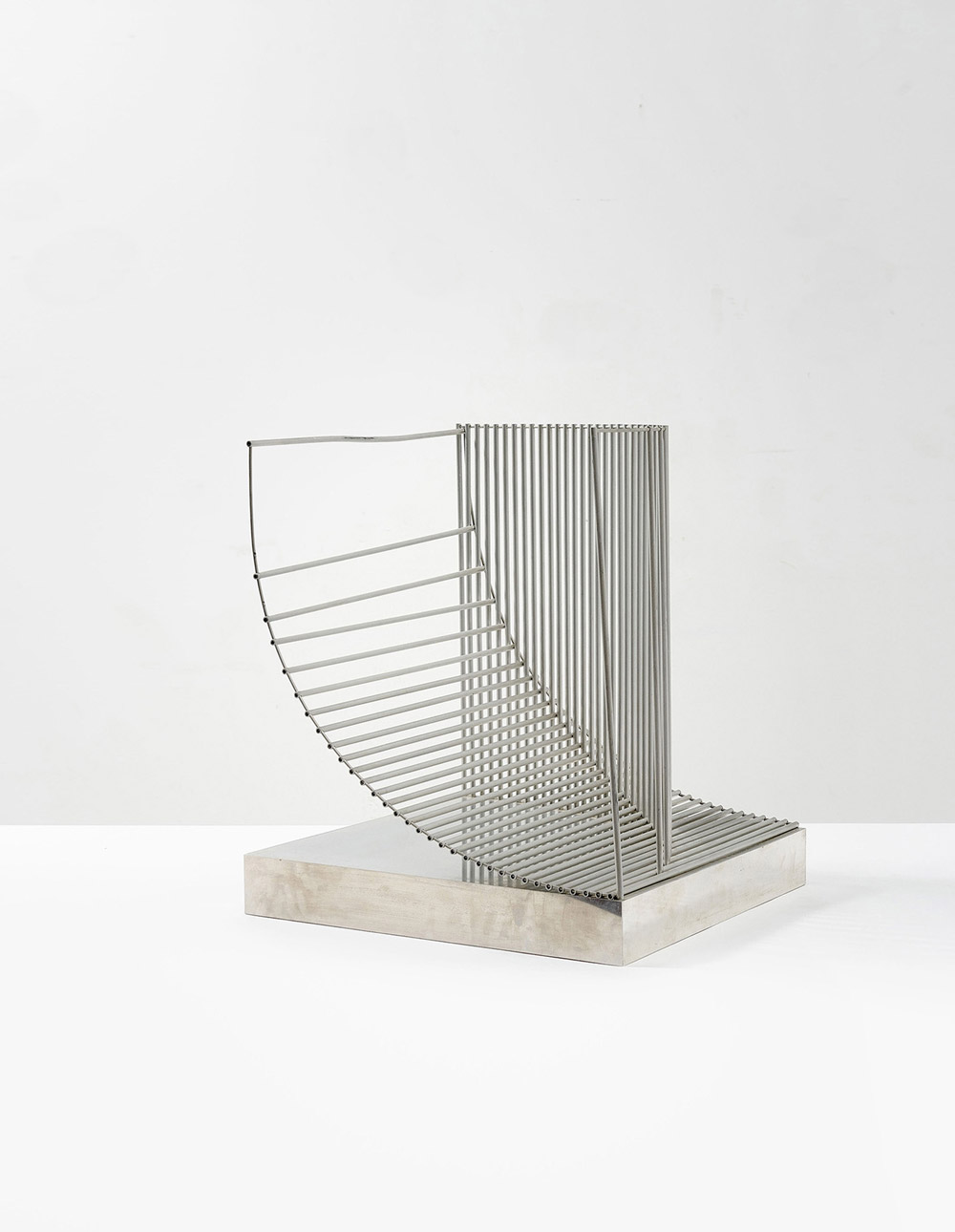 Bertil Herlov-Svensson (1929 -2012) was a self-taught Swedish artist who worked mainly as a sculptor. He was best known for his works using thin aluminum tubes stretched between steel wires. At the age of 35, Bertil Herlov-Svensson gained widespread recognition when he exhibited at the Multikonst exhibition. His artworks during this period, from about 1966 to about 1977, were inspired by mathematics and resulted in intricate sculptures such as “Construction”.

Previous
How the Mere-Exposure-Effect affects our perception of aesthetics

Aesence is a creative studio and digital design magazine with a high curatorial approach. Founded by Sarah Dorweiler, a creative mind and entrepreneur from Berlin, her goal is to capture the feeling of harmony, balance and inner peace in her curatorial work and photography.

Join a community of over 20,000 aesthetes and stay up to date beyond the bubble of mediocrity.